The armors of Byzantines are unknown to the general public largely because there are no sufficient archaeological findings to allow an easy and immediate reconstruction of their original form. However, one may easily admire the icons in the Orthodox churches as well as other religious art forms, e.g. reliefs, ornaments etc. 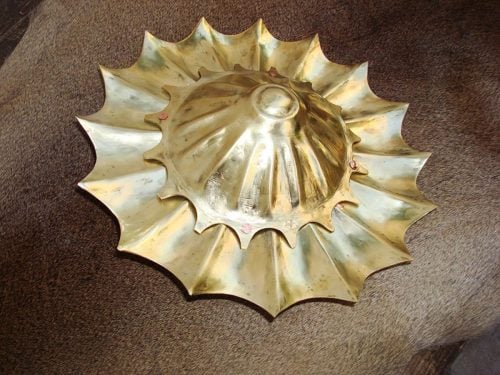 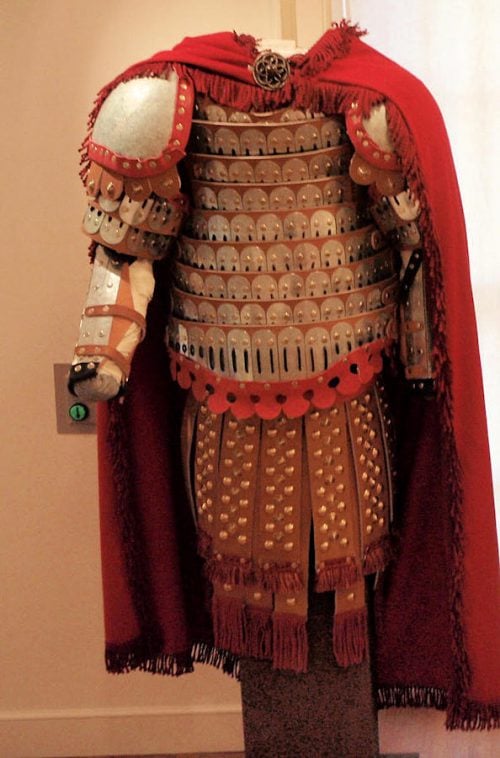 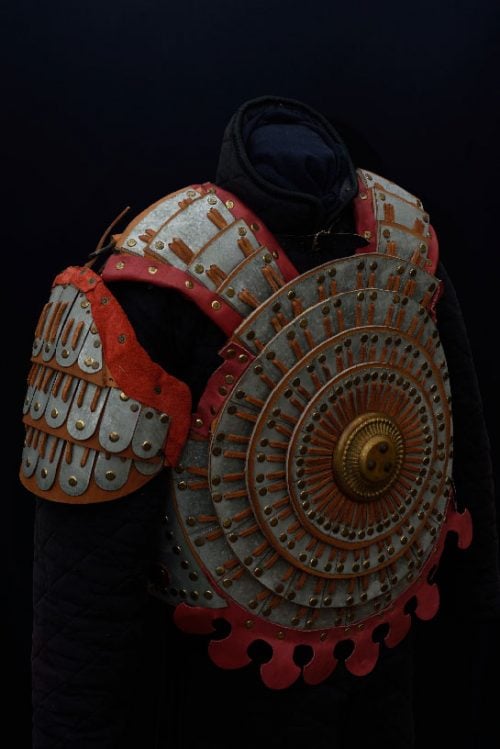 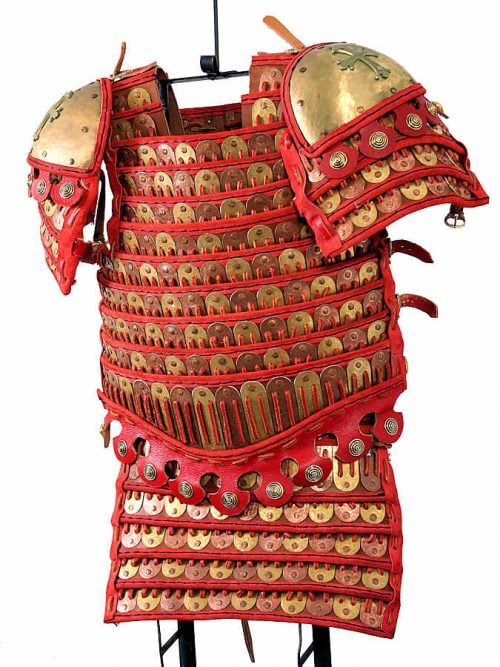 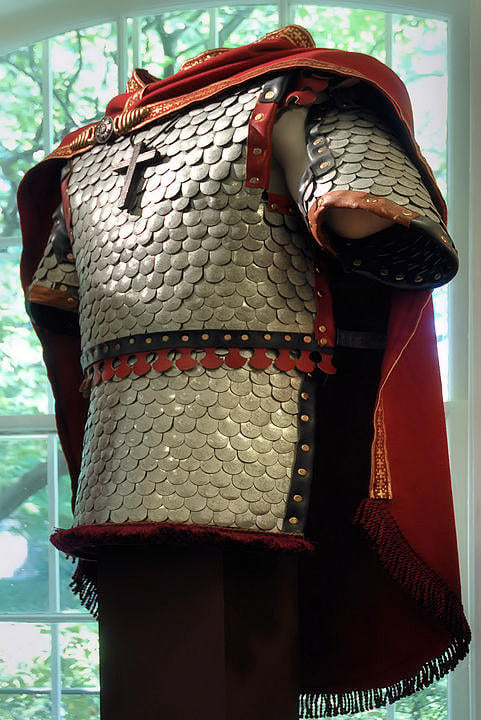 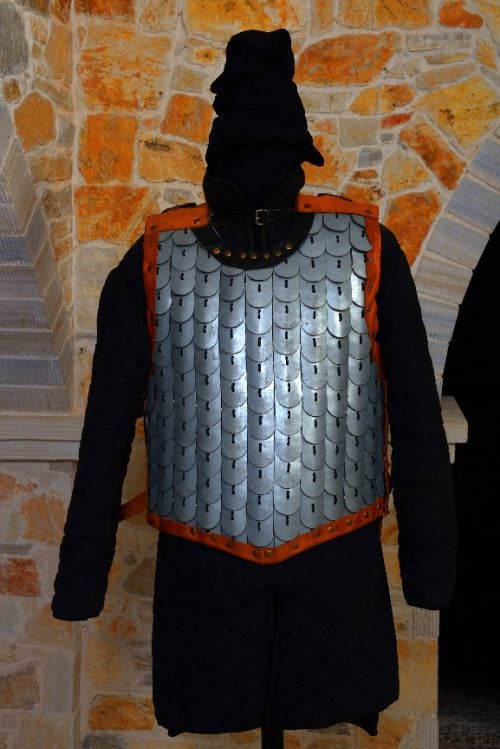 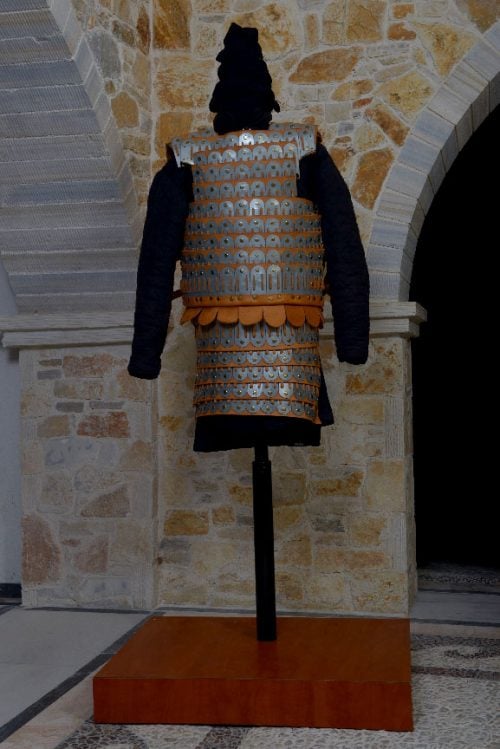 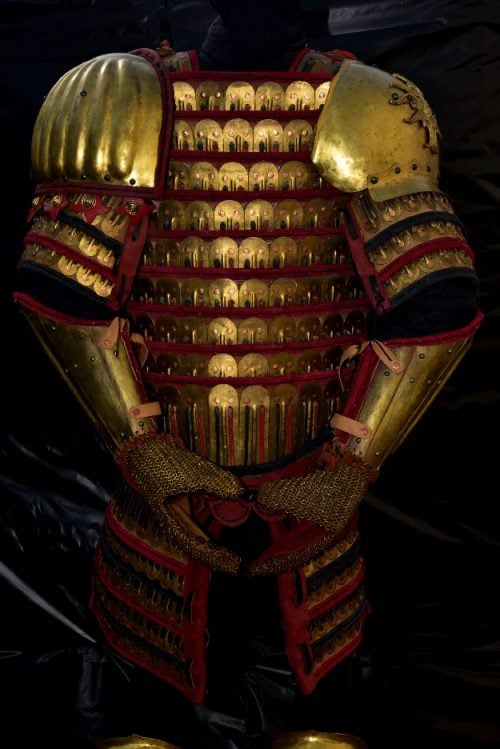 As was the case of Monarchs of the Hellenistic kingdoms, the Roman and subsequently the Eastern Roman Emperors attained the realm of deification / sanctification / legend only through armed conflict and victorious struggle – their immortality had to be deservedly won through successful campaigns. These metaphysical notions were already expressed in the art of the Hellenistic period with secular and religious displays of armed Kings which continued virtually unchanged in Imperial Roman and Byzantine periods.

The armors of Orthodox Military Saints reflect precisely the power of the Byzantine Emperors, the invincibility of the Byzantine army, the grandeur of the Empire, the triumph of victories, the Roman military virtues (virtus invicta, virtus perpetua, auctoritas, dignitas, virtus, pietas), the Divine Protection and Welfare. So far there has not been found any manual that describes the exact detailed structure of Byzantine armors (also known as “Klivania”), so we are not able to know the exact method of construction.

References to Byzantine armors can be found in the following essays, manuals and textbooks:

In “Strategicon” (“Στρατηγικόν”) of Maurice, late sixth century.
In “Tactica” (“Τακτικά”) of Leo the Wise, written around 905.
In “Sylloge tacticorum” (“Συλλογή τακτικών”) written at the time of Constantine Porphyrogenitos, about 950-960
In the very important “Praecepta militaria” by despot Nikephoros (“Στρατηγικὴ ἔκθεσις καὶ σύνταξις Νικηφόρου δεσπότου”) which is attributed to Nikephoros II Phocas, written in the period 963-969
In the “Tactica” (“Τακτικά”), written by Basil II’s most worthy general, Nikephoros Ouranos, around 1000
In “Alexiada” (“Αλεξιάδα”) of Anna Comnena which contains descriptions of the warfare in her contemporary period, 1081-1118
The Byzantines had an innate preference for armors of composite construction, leather and metal being the two key elements of their Klivania. The main types of Klivanion armor of 10th and 11th centuries were the following: